Would you ditch your laptop or smartphone for a tablet?

Tablets already enjoy a great popularity and the use of these touchable devices with a great variety of features is increasing steadily. But can a tablet completely replace your smartphone or laptop? Let’s have a look on what a tablet actually is and how people use it, first. 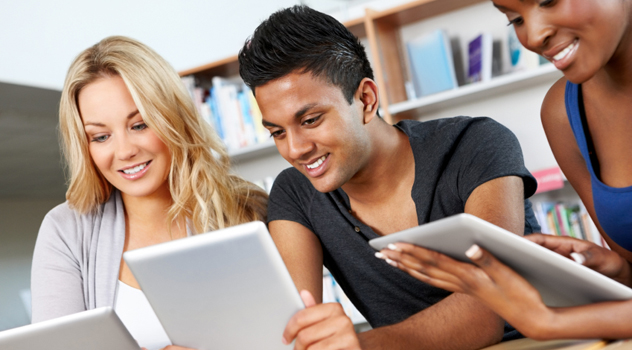 The rise of tablets

What exactly is a tablet?

Tablets are like portable computers with a larger screen than smartphones (usually 7” to 10”) and a touchable surface. There’s usually only a virtual keyboard, so it is handled with the touch of your fingertip or a specific pen. Since the first launch of the iPad, the range of tablets has increased through numerous new devices such as Nexus, Samsung or Asus. This expansion of brands has been driven by a higher consumer’s demand. As the majority of sold tablets are iPad, the mainly used operating system is iOS, followed by Android. If you’re likely to buy an Android tablet, you can have a look at the 15 best current Android tablets.

What kind of people own a tablet? What are they using it for?

Usually, women use technical devices less compared to men, but regarding tablets there’s no real difference in gender. However, the main audience is at the age between 25 and 44, which means that the ordinary user is older than the average person who owns a smartphone. An interesting point is that smartphone users are more likely to buy a tablet – according to comScore one out of four people already owns one. 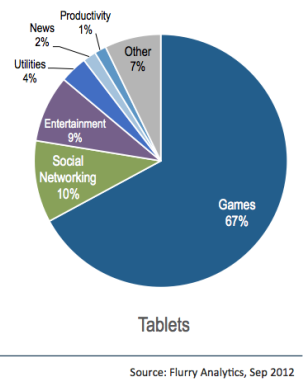 The range of features is huge. Most people use their tablets for playing games, but also accessing social networks, entertainment (e.g. surfing the net, watching videos, listening to music), managing e-mails or reading the news are popular interactions. On average, tablet owners use apps on tablets less frequently, but for longer periods and mostly at home in the evenings.

Is it a replacement for computers/laptops or smartphones?

This question is hard to answer as there’s no general solution for it. It really depends on your individual needs to find the right mix of digital devices that are able to solve your problems. Basically, it’s possible to do similar things on your tablet as on your smartphone. However, in most cases the user experience on tablets is much better, because of a better battery performance and the larger screen. For example, if you just want to quickly check your e-mails, a smartphone would be sufficient, but if you also want to compose an e-mail in a convenient way, a tablet would be the better choice. Furthermore, according to Frank Gillett (a Forrester Research analyst) tablets won’t replace PCs. However, the rise will oblige developers of PC operating systems to evolve. Windows 8 is a great example for that development. Specifically, if you need a mouse, a physical keyboard or a USB slot, you will still use a PC.

I personally use my tablet in my daily routine for almost everything I need to do on a digital device. I check and respond to my e-mails, surf the net, compose and edit documents, process some images and I also write my texts on it, of course ;). It’s much more convenient and easily portable compared to my laptop. However, if I’d like to make phone calls, I usually go back to my smartphone, expect for Skype calls. Moreover, for overcoming complex documents, image processing and so on, I still prefer my laptop. Consequently, my tablet is indispensible, but I guess it won’t replace any of my other devices – at least not in the near future.

What about you? Do you own a tablet? If so, what do you use it for? Would you be able to replace some other digital devices with your tablet? Let me know in the comments!